The “Grande Dame” of De Grendel is Back!

We chatted to Sally Lady Graaff, whose first name is Winifred, the inspiration behind the wine. The Winifred, a white blend of Semillon, Viognier and Chardonnay, made by De Grendel cellarmaster Charles Hopkins, was named after Lady Graaff, the wife of Sir David Graaff, 3rd Baronet.

The name idea was hatched up between Hopkins and Sir David Graaff in 2005/6 and was launched when the De Grendel cellar officially opened. Lady Graaff explains that her father-in-law would always consider Sir David’s suggestions to name the De Grendel calves after his girlfriends. This means that there is not only a wine named after Lady Graaff, but of course a cow too. 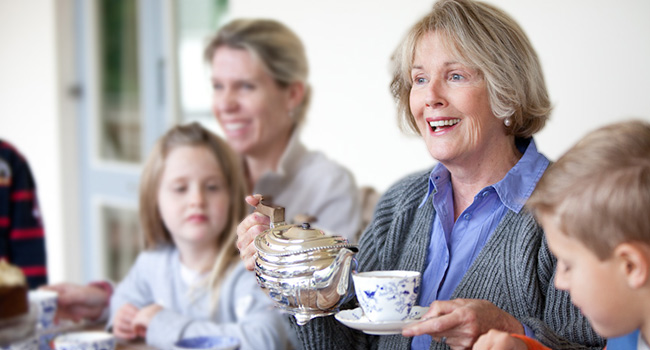 Lady Graaff remembers her reaction to hearing the news about the naming of the wine: “It was a great surprise. Initially I didn’t take it seriously; then I realised it was a very nice gesture. It was an easy acceptance in the end because both my mother and my grandmother are named Winifred, so I just think of it as being named after them.”

It must be a delightful compliment to have a good wine named after you, and Lady Graaff doesn’t deny it. It is after all, objectively speaking she asserts, her favourite wine by far.  “The Winifred,” she explains, “is a good mixture; it’s well-rounded and it's not too complex."

Sir De Villiers Graaff (4th baronet), says the wine holds a special place in his heart. “It reminds me of my grandmother who had the same name, and whom I was particularly fond of,” he says, commenting that the blend of three varietals makes it a very versatile wine.

The Winifred was originally launched in 2006 along with the opening of the De Grendel Wines cellar. The wine is produced in limited quantities and is available exclusively to the De Grendel Loyalty Club.

“The Viognier, Semillon and Chardonnay are all wooded, but the wood plays a supportive rather than dominant role. It’s an unusual blend, making this a unique wine. The Viognier gives it a peachiness with great viscosity in the mouth, the Chardonnay adds some grapefruit and the Semillon provides lemongrass and waxiness. Each sip you take reveals new flavours, and this is a sign of a special wine,” says Charles Hopkins, Cellar Master.﻿​